Dr. Springer received her B.A. degree from St. Louis University with a major in Biology. She is a 2011 graduate of the University of Minnesota Medical School. She completed her residency in Obstetrics and Gynecology at Advocate Illinois Masonic Medical Center in Chicago, during which time she served as Chief Resident in Ob-Gyn.

She is a current ACOG member as well as a member of the AMA. She has held a past position as an ACOG reporter, indulging in her love for fact finding and writing. Dr. Springer is on staff at Northwest Community Hospital where she brings her laparoscopic expertise to our Obstetrics & Gynecology Department.

Dr. Springer advocates as a missionary for the underserved world population and has spent time doing volunteer work in South Africa, both as an educator and medical professional. She loves international travel, especially Italy!

With many options available, Dr. Springer chose to live and practice in the Arlington Heights area, largely due to her desire to be close to her nephews, Blake, Austin, and Gavin. She treasures her family time and also enjoys playing golf and tennis. 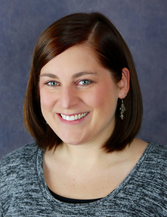 Board Certified in Obstetrics-Gynecology